Can You Get a DUI on a Bike? Intoxicated While on a Bicycle 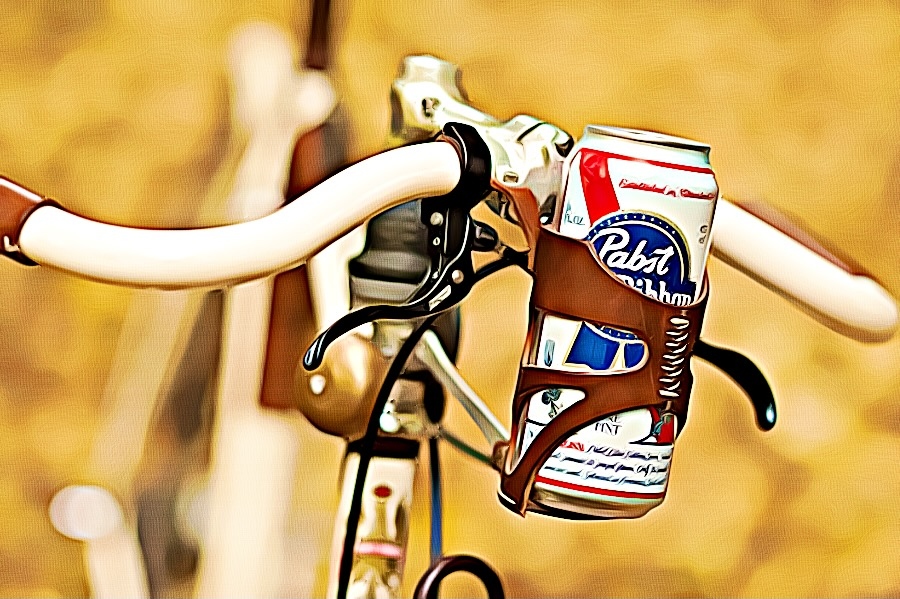 Drinking and driving is never a good idea. Even if you don’t plan on drinking before heading out, you may find yourself feeling tipsy and choosing to drive home. This is where things get chaotic. The last thing you want is being in an accident or being pulled over by a police officer.

Can You Get a DUI While Riding a Bicycle?

While DUIs have been well-documented to happen with people driving drunk in cars, many people wonder if it’s possible to get a DUI on a bike. While it may seem like they are a less dangerous way to get around, they can be just as dangerous as a car. That is why people who ride bikes daily must exercise extreme caution. If you’re wondering the same thing, then this guide should be helpful to you.

Driving Under the Influence Explained

A lot of people wonder what the definition of a DUI is. While it may seem like a simple term, there is much more to it than meets the eye. For starters, a DUI is technically any incident involving the use of a vehicle while intoxicated. This includes anything from a bicycle to a car, a train, a boat, or even a plane. This means that if you get pulled over by a police officer, and you are riding a bicycle, then you can still be charged with a DUI.

While this may sound extreme, it is still true. A police officer may charge you with a DUI even if you are riding a bicycle. However, this doesn’t mean that you will be charged with the same penalties. Usually, a DUI charge will be accompanied by a jail sentence and a hefty fine. In order to avoid jail time, you can get a lawyer to help you fight your case and avoid a DUI.

The Issues Around DUI and Cycling

It’s easy to see why this is. For one, a bicycle is far less likely to be able to cause a serious accident than a car is. A car is just far more dangerous than a bicycle. Additionally, cyclists aren’t likely to be out on the open roads like a car driver is. They are more likely to travel on sidewalks and bike paths. This makes them a lot less likely to hurt others.

However, despite this, DUI is still a big problem for cyclists. DUI convictions for cyclists can lead to criminal charges that are just as serious as those for a car driver. A criminal conviction would not only keep you out of a job, but it could also send you to jail. This is why it is so important to avoid a DUI at all costs.

How Drinking Impairs Your Riding Ability

By drinking, you are putting yourself at a higher risk of being involved in an accident. A lot of people will continue to ride their bikes even if they have been drinking. The problem with this is that alcohol lowers your reaction time. This is not just true for drivers, but for cyclists as well. When you ride a bike, you need to be able to react quickly. If you are drinking, then you are more likely to be unable to react to certain dangers that could put your life in danger.

What’s more, alcohol also lowers your ability to handle your bike properly. Cyclists have to be able to handle their bikes with precision. They have to have a firm grip on the handlebars and be able to use their legs and the pedals to keep their balance. When you are under the influence of alcohol, you are less likely to be able to keep your balance and focus on the road ahead of you. This is why, if you are under the influence of alcohol, you should avoid riding a bike until you are sober.

What Happens if You’re Pulled Over

If you are pulled over by the police, and you are riding your bike, then you will likely be charged with a DUI. While this may seem extreme, that is the law. A police officer has the authority to charge you with a DUI even though you are riding a bike. That doesn’t mean that you have to take it lying down.

There are a few things that you can do if you are charged with a DUI. The first thing that you should do is to get in touch with an attorney. They will be able to defend you and work to get the charges against you dropped. In the meantime, it is also a good idea to refrain from saying anything. This is because anything you say to a police officer can be used against you.

Legal Requirements Regarding Biking Under the Influence

How to Avoid a DUI While Riding a Bike

There are a few other precautions that you can take to avoid a DUI while riding a bike. The first is to avoid busy streets with heavy traffic. Often, these streets will have a lot of stop signs and red lights. This means that you are going to need to stop your bike often. It is a good idea to find a quiet road or even a bike path. This is not only safer for you, but it is also safer for other vehicles as well.

Another thing that you can do is go to a bar close to your home. This will allow you to drink in a safe environment. The last thing that you want is to end up drinking on the streets in an unfamiliar area.