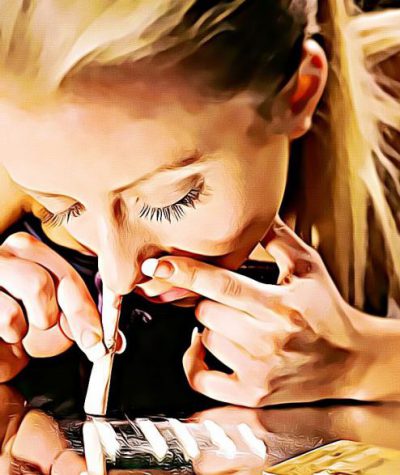 Of the top five most addictive drugs, cocaine ranks #1 amongst many governmental and healthcare authorities.

Those who try to stop using this drug can experience debilitating cocaine withdrawal symptoms. They can make someone feel like they’re incredibly sick or even as if they’re going crazy.

To successfully work through cocaine withdrawal or to help a loved one through it, it’s essential to know what symptoms to watch for and how long they can last.

Why Cocaine Is so Addictive

As one of the most addictive drugs a person can consume, it doesn’t take much for someone to get hooked on it quickly. As of 2016, approximately 1.9 million Americans are cocaine users.

Cocaine is a stimulant drug. It’s derived from the South American coco plant and is manufactured to create a white powder or a rock, which is called crack cocaine.

As a stimulant, cocaine causes the body to produce dopamine, a neurotransmitter related to pleasure that creates an intense high after it’s snorted, injected, or smoked. People who consume the drug feel a sense of euphoria and excitement. They feel awake and alert.

However, the effects of the drug are short-lived. Once the user comes down from their high, they’ll start to experience extreme fatigue (both mental and physical) and may even become depressed. The brain likes the feel-good dopamine hit, so it invokes powerful cravings for the drug. Thus begins a vicious binge cycle that only makes the addictive hold ever stronger.

Cocaine Withdrawal – What Symptoms to Expect

A cocaine user can begin to experience withdrawal symptoms within 90 minutes following their last “hit.” According to researchers, cocaine withdrawal happens in three phases.

The first phase can happen rapidly, especially if someone is a heavy user of the drug. They’ll often experience:

Interestingly enough, during this phase, a person’s craving to use cocaine can decrease.

During the withdrawal phase, the person will start to crave cocaine again. They won’t be able to concentrate and feel exhausted. The irritability experienced during the crash is typically carried forward into this phase of cocaine withdrawal.

Withdrawal from cocaine ends with extinction, which means that the user has intermittent cravings, often caused by external cues (like smells, being around other users, etc.).

Other symptoms of cocaine withdrawal can include:

The final phase – extinction – can last up to six months after their last dose of cocaine.

Is Medical Intervention Necessary to Deal with Cocaine Withdrawal?

Currently, there are no cure-all drugs used to treat cocaine withdrawal. However, if the symptoms are intense, a person can admit themselves to a treatment facility where a healthcare team will monitor them.

During their stay, diagnostic tests will be run to evaluate the person’s overall health. The primary benefit of these facilities is that they provide a supportive environment and can help a person cope mentally and emotionally with the first two phases of withdrawal.

How to Cope with and Find Relief for Withdrawal Symptoms

The most important thing a person can do if they’re going through cocaine withdrawal is to take time to implement self-care practices into their routine. Doing so can prove to be a significant source of relief.

They should eat healthful, nutrient-dense foods, which can promote brain chemical balance. Sleep should be a priority. Spending plenty of time enjoying the fresh air, sunshine, and all nature has to offer is good for a person’s physical, mental, emotional, and spiritual health. Exercise can also help move the detoxification process along and provide endorphins to boost mood and energy.