Meth Mites: What are Meth Sores and How They Develop 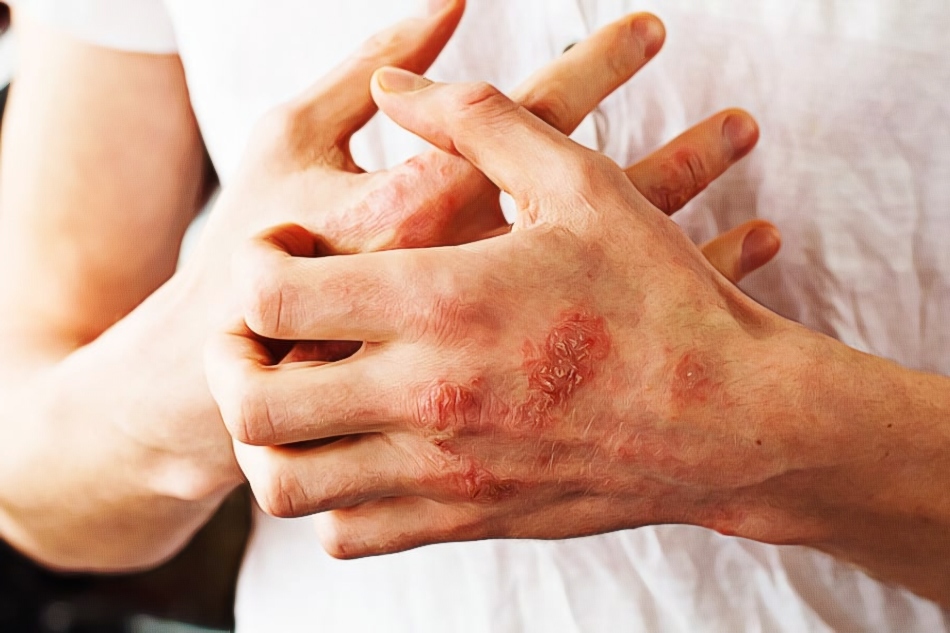 Many types of drugs have contributed to the force of America’s ever-growing addiction problem, and methamphetamine is regarded as the one substance that brings about the most significant issues.

Currently, the drug in question is prevalent in all states and responsible for tens of thousands of deaths among vulnerable demographics. With millions all over the United States struggling with some degree of meth addiction, it’s vital to take the necessary steps towards preventing you or a loved one from falling victim to dependency.

When you take a look into the various effects associated with methamphetamine addiction, you’ll most likely think about health complications and strained personal relationships. However, there is a long list of side effects that may not be known to the general public, and this includes meth sores.

What Are Meth Sores?

Since the effects of methamphetamine were first discovered and studied by scientists, meth sores have been used as a critical point for identifying addiction in a person. The reason for this lies in the fact that they are prominent and bear the potential for long-term complications that can affect their health even after they quit.

The best way to define meth sores is that they are areas of open wounds that appear on a person’s face, mouth, chest, and arms. The biggest misconception that many people have is that these types of sores only appear on the face or lips. While the face is the most commonly affected area, the reality is that they can actually appear anywhere on the body.

While one-time (or occasional) use of meth most likely won’t result in these sores, consistent use over time will result in these distinctive marks. They are a common side effect of repeated meth use and tend to worsen when a user develops a dependence or an addiction to the substance.

In terms of appearance, meth sores are typically red and look irritated. They can be easily be mistaken for acne, an allergic reaction, a bug bite, or a rash. After a user goes through the necessary rehabilitation, dermatological treatment and other specialized forms of medical care may be needed for effective and full recovery from these sores.

How Are Meth Sores Developed?

Understanding the root cause for meth sores first entails looking into users’ various experiences with the drug. When methamphetamine is abused, users can experience sensations of itchiness all over their bodies, often described as an “itch that can’t be scratched.” Because of the persistent itching sensation, those who take the drug tend to scratch themselves aggressively until they create open wounds and sores. These resulting sores become more prevalent and severe the more users fall prey to their addiction and cultivate a persistent habit.

Generally, stopping the scratching that comes with meth use is easier said than done because of how intense the hallucinations are. These delusions are known as episodes of “parasitosis,” characterized as the feeling of having bugs crawling all over a person. Additionally, this term is commonly associated with meth use to the point where they are now alternatively described as “meth mites.”

While some methamphetamine users experience hallucinations of insects crawling on their skin, parasitosis can emerge in the form of people experiencing the feeling of other things moving around in their bodies. To remedy these itching and crawling sensations, addicts begin to pick at their skin with sharp objects or scratch affected areas. As addiction persists, open wounds will begin to develop alongside varying degrees of skin tears.

Beyond the wounds and tears, meth sores bear the potential to be dangerous because addicts end up neglecting their personal hygiene and scratch themselves with dirty fingernails and skin. Over time, the combination of a lack of hygiene and wounds can result in infections, leading to worse sores.

What Are The Common Areas Where Meth Sores Develop?

As we previously mentioned, signs of methamphetamine abuse can develop all over the body and become even more severe in various degrees. To give you a better idea of which parts of the body to watch out for or inspect when handling the addiction of your loved one (or even that of your own), here are the most common areas where the said marks develop:

One of the most common areas where signs of mouth sores can end up developing is the mouth. This location is commonly addled by scratches and tears in struggling addicts because crystal meth is commonly smoked through a pipe. The pipe can become very hot and burn the lips and skin around the mouth, resulting in painful and potentially hazardous sores in the said area.

Another common area where meth sores can develop in methamphetamine addicts is the face. Whenever an addict feels the sensations associated with meth, the first place they tend to feel the sores in and eventually end up getting their hands on is their face. Because of the vigorous scratching that takes place, a meth user ends up leaving blistering wounds and scratches on their cheeks and forehead.

The Arms And Legs

If meth sores don’t appear as severely as they usually would on a user’s face, they can most likely be found in the form of a more severe case on the arms and legs.

These marks of meth addiction appear in the form of dry and scaly patches of skin on the face or arms. In more severe cases, however, episodes of meth mites can be severe enough for an addict to scratch more vigorously and create open wounds or sores on their legs and arms.

Other Signs Of Meth Abuse

Apart from meth sores, many other symptoms or signs of methamphetamine addiction can be detected in vulnerable people or users. Let’s go over some of the most common physical and mental signs briefly:

Aside from parasitosis, meth use leads to many psychological effects. What begins as a euphoric feeling within the first few minutes of inhalation may lead to other types of hallucinations, psychosis, and paranoia. If a user goes on a meth binge, they may end up “tweaking,” characterized by twitching muscles and rapid eye movements.

Methamphetamine is an illegal substance that acts as a powerful stimulant when consumed because of its high concentrations of addictive components.

Alternatively known as “crack,” this drug is classified as a Schedule I substance by the U.S Drug Enforcement Agency. This means it has no proven benefit for medical treatments, and possession or use is illegal. Like other stimulants, meth directly affects the central nervous systems of those who take it, therefore making its effects quick-acting, fast-fading, and highly addictive.

Meth sores are the most prominent physical signs of methamphetamine abuse that anyone should be more aware of. By being mindful of the various signs and symptoms common among addicts, you’ll be able to take the necessary steps towards recovery in no time.