Symptoms of Being Roofied: Know the Signs When You’ve Been Roofied 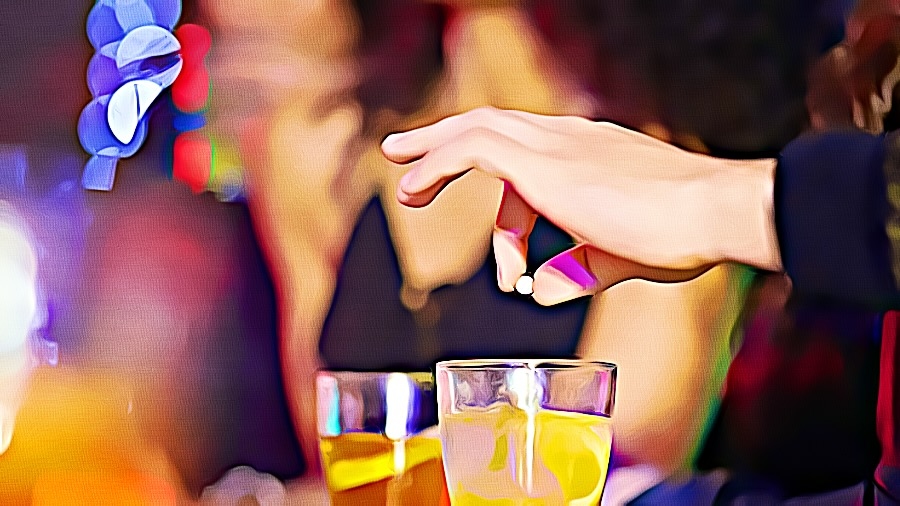 Spending the night out with girlfriends often starts with a bang—from the thrilling ritual of getting ready to finally let loose along the neon-clad streets lined with bars and clubs. While plenty of women just want to have some fun, the unfortunate reality is that at least 25 percent of American women end up experiencing sexual assault. In that demographic, most instances of rape happen due to the assistance of an infamous drug known as a roofie.

Plenty of people know to be wary of accepting drinks from strangers since there is a risk that it’s laced with the date rape drug. However, despite the widespread knowledge that roofie is commonly used among predators disguised in fancy suits, identifying its presence is trickier than it seems. That’s why it’s crucial to arm yourself with the ability to tell whether you have been spiked with a roofie since acting on your suspicions as early as possible can significantly help you get out of a dangerous situation.

What are the Symptoms of Getting Roofied?

Roofie can take effect within 30 minutes of consumption, which causes the central nervous system to collapse between two to eight hours. Pairing roofie with other downers like alcohol or prescription drugs can exacerbate the effects, leading to the following tell-tale signs of getting roofied:

One of the first side effects of Rohypnol is the way it slows down the mind, creating what feels like a “brain fog” as victims find it harder to make conscious decisions or have full control over their actions. Some common instances of “brain fog” manifest as a sense of “spaciness,” disorientation, or confusion, all of which can be mistaken for the intoxicating effects of alcohol.

Speaking of mimicking the effects of extreme drunkenness, roofies can also double the level of intoxication. If you’re aware of how many drinks you took and find it suspicious to feel wasted too soon, it’s best to be on the safe side by letting a friend know since it may be a sign that someone has slipped roofies in your drink.

Rohypnol is an anxiolytic drug that can ease sleeping disorders even from the most stubborn insomniacs, so it’s no surprise that getting roofied can cause sudden excessive drowsiness. If you can identify the ongoing feeling of sedation and find it odd since it’s still early into the night, then it’s important to communicate your concerns since it could mean you got roofied.

Drinking with friends is a way to unwind from stress for many people, but getting intoxicated shouldn’t make you feel a sense of overwhelming muscle relaxation. Once you notice it’s getting harder to control your body, it could reveal that someone has laced your drink with a date rape drug.

Plenty of victims forget what happened during the events from the moment they got roofied up until they wake up, primarily when they ingest larger doses of the date rape drug. That’s why most victims find it hard to testify for sexual assault and pinpoint the perpetrator since the drug can easily cause total amnesia when under the influence.

Other Side Effects You Should Know

Roofies take effect relatively fast, so within ten minutes from the last ingestion, victims can already experience its mild symptoms—from nausea, feeling hot and cold at the same time, dizziness, and disorientation. If you know that you haven’t had too many drinks yet to feel this level of intoxication, it’s better to stay vigilant and take extra precautions by letting a reliable person know about your suspicious conditions.

What is a Roofie and What Does it Do?

Many people know what a “roofie” is, but not all know that it’s actually a nickname for Rohypnol, a branded term for flunitrazepam. It’s under the benzodiazepine family, which means roofie works similarly to drugs like Xanax, Ativan, Valium, and more—all of which are intermediate-acting depressants that cause extreme lethargy, loss of muscle control, and eventually unconsciousness.

Rohypnol was intended to treat anxiety and sleeping disorders, but not long after the drug was introduced to the market in 1975, it quickly became a perennial date rape drug among sexual predators thanks to its concealed characteristics. Some of the qualities that make roofies hard to detect include the following:

While roofies are not approved for medical use in America, manufacturers still produce Rohypnol. But to mitigate the drug’s misuse, pharmacies changed the appearance of the drug into a green, oblong tablet with a blue speckle found at its core.

When placed in drinks, the victim can see the liquid change color as the liquid blue dye inside the roofie spreads, but these efforts are not necessarily enough to mitigate the drug’s abuse since generic versions still lack the blue dye. To that end, the drug also takes on different names on the street, such as the following:

Going out in town to unwind during happy hour shouldn’t have to come with risks, but the fact remains that there will always be vultures who are looking for unsuspecting women to drug. While it’s better to completely avoid toasting to spiked drinks and unknowingly consuming a date rape drug, it’s just as important to know what actions you can take if you notice the signs that you’ve been roofied.

As a drug rehabilitation center that strives to help boost people’s awareness of different types of drugs, their impact, and how to move away from them going forward. Roofies are often associated with a date rape drug, so the article aims to help you know how to avoid or spot its symptoms so you can reach safety as early as possible.

However, we also want to point out that while roofies are mostly booming in the party scene, there are also cases of Rohypnol abuse beyond bars and clubs. The depressant often depends on those taking it to treat mental health issues, but the floating high can also quickly lead to addiction.

Some signs of Rohypnol abuse include extreme lethargy, lowered inhibitions, confusion, forgetfulness, sudden aggressive behavior, and apathy towards loved ones, responsibilities, and other things that were previously important in their lives.