What are the 5 Stages of Addiction? Learn Each Stage & Know the Signs 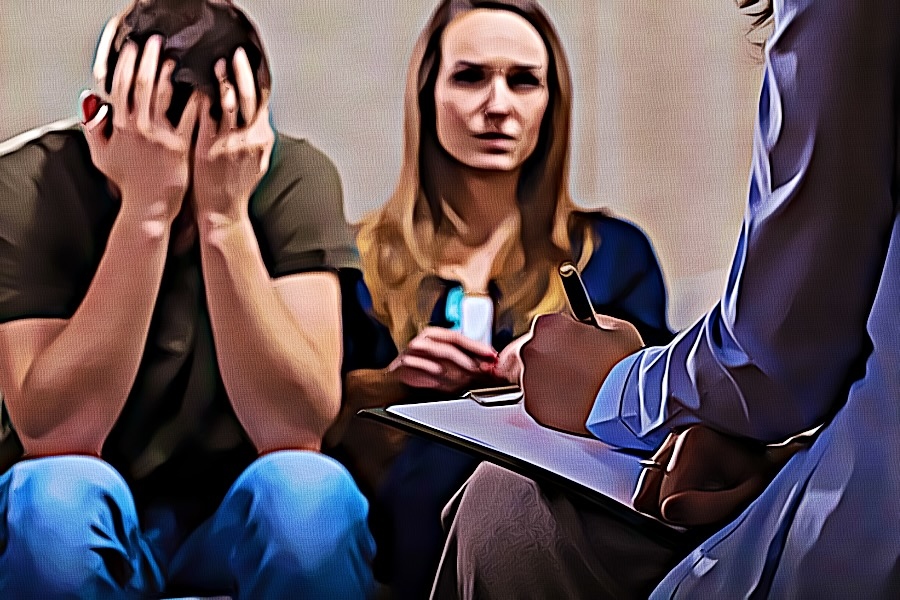 Everything You Need to Know About the Stages of Addiction

Drug addiction is one of the most serious problems in the United States. Drug addiction is so widespread that around 46% of Americans have a family member or a close friend who has been addicted to drugs. It really wouldn’t be an exaggeration to say that we are now experiencing a drug epidemic as millions of people continue to struggle with drug use. This problem has had fatal consequences over the years. In fact, U.S. deaths from drug overdoses leaped nearly 30% to more than 93,000 in 2020 – the highest ever recorded. Considering how bad this problem has gotten, it’s important that people have access to information that can potentially help them with their situation.

Now, one of the best ways to address addiction is to be more informed. This is easier said than done as addiction is a complicated matter. To really understand addiction it’s important to keep in mind that it doesn’t just happen — that there are stages before a person becomes addicted. To help simplify things, we thought it would be useful to break down the different stages of addiction. If this is something that you’re interested in knowing more about, read on as we discuss everything you need to know about the different stages of drug addiction.

According to the American Academy of Child and Adolescent Psychiatry, experimentation with drugs is quite common. This stems from the curiosity of the unknown and the failure to recognize that their actions today can have long-term consequences. It’s important to note that experimentation does not always lead to full-blown addiction. Some people dabble in drugs once and never end up trying it again. However, we can’t discount the fact that many people’s drug experiences originate from merely wanting to try doing drugs. This means that experimentation, no matter the result, is far from being harmless.

Experimentation with drugs is more common with young people as they are at the point in their lives wherein they’re more reckless and find it easier to ignore the potential consequences of their actions. With that being said, adults can also experiment with drugs. This often occurs when they are changing or expanding their social groups. Regardless of the age that a person starts experimenting with drugs, there will always be some risk associated with it. This is especially true if it occurs during a time wherein a person is vulnerable as it makes it more likely for experimentation to start spiraling out of control.

Stage 2: Social or Regular Use

The experimentation stage acts as a fork in the road when it comes to drug use. It’s either a person realizes that drugs aren’t for them or it progresses into social or casual use. This stage can be rather complicated, as even regular use doesn’t entail that a person will start developing drug problems. However, there’s no escaping the fact that regularly using drugs significantly increases the risk of becoming addicted. Indeed, continued usage opens individuals up to the likelihood of participating in high-risk behavior when using drugs.

It’s crucial to be mindful of any changes when it comes to a person’s mood, behavior, and physical state. Any changes may be an indication of a worsening drug problem. This stage of drug use is also when individuals start feeling shame for their behavior but will continue their drug usage and will come up with justifications and excuses.

What’s worrisome about drug use is that it can progress from casual use to drug abuse. Indeed, the transition from stage 2 to stage 3 can occur rapidly. Casual drug use can quickly progress into substance abuse, as some individuals tend to up their drug usage as they’ve naturally built a tolerance to the substance that they are taking. So much so sometimes individuals fail to recognize the shift themselves. This stage is dangerous as this is when individuals begin prioritizing drug use over all the other aspects of their life.

Now, there are many reasons as to why individuals progress from stage to stage 3. The biological reason behind this is that repeated exposure to substances causes people to develop hypersensitization. This means that they will derive greater pleasure from the substance the more that they use it. Due to this, individuals will be pushed further down the path of addiction, as they inch closer to becoming fully dependent on the substances they are taking.

Addiction and chemical dependencies are the final stages of drug addiction. The most identifiable characteristics of this stage come in the form of severe mental and physical deterioration caused by substance abuse. This manifests in a slew of different ways such as poor performance at work, weight loss, and dangerous erratic behavior.

Stage 4 is vastly different from the experimentation stage. In fact, no one who started with the experimentation stage ever thought they would ever get to the point wherein they are addicted to a substance. This stage is troublesome because most individuals know and recognize that they have a problem but will rarely ever do anything about it. Family and peer support is vital during this stage as it can be the difference-maker when it comes to getting help for drug addiction.

Substance use disorder (SUD) is diagnosed when you meet a set of criteria. SUD can vary in severity depending on the number of criteria that are applicable to an individual. Here’s a quick checklist to determine whether an individual has SUD:

SUD affects everything from memory to the reward-related circuitry in the brain. This happens because substance abuse floods the brain with dopamine. This encourages individuals to use more of the substance that produced such a pleasurable effect. In the long term, this will prevent an individual’s brain from producing enough dopamine on its own. You then have to continue to use the substance in order to feel happy or even normal.

The problem with SUD is that it goes beyond its symptoms and is a full-blown chronic disease. To add to this, individuals who live with SUD are prone to relapsing. This means that even if they take steps towards getting better, the possibility of relapsing will always be present.

Drug addiction is one of the hardest things that a person will ever have to deal with. Hopefully, this article proves to be useful when it comes to helping you better understand addiction. While battling with substance abuse will still be difficult no matter how informed a person is about this topic, having a better grasp of the situation will allow people to tackle the problem more effectively. If you or a person you know is struggling with drug addiction, it would be best to seek professional help.

PrevPreviousWhat are the Dangers of Mixing Xanax and Alcohol? Effects and Overdose
NextHow Long Does Valium Stay in Your System? Timeline and Half LifeNext
Menu
Copyright 2023 © American Drug Rehabs. All Rights Reserved.