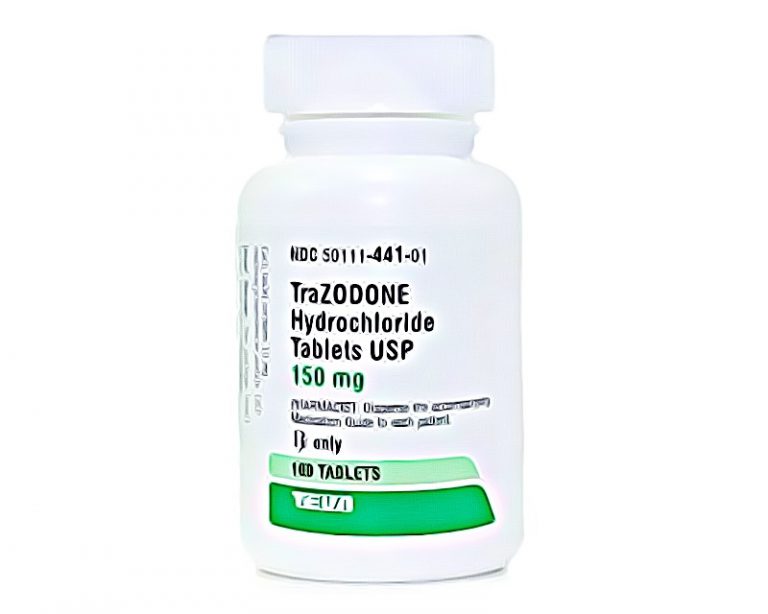 Trazodone is an anti-depressant medication that is most often prescribed for the treatment of major depressive disorder or insomnia. The medication is available by prescription only from a doctor and may come under several brand names, including Olepto, Deyrel Dividose, and Desyrel. All brands come in a tablet form. Just as many other medications that can be prescribed for depression, trazodone is considered to help boost the levels of serotonin in the brain by interacting with the neurotransmitters that send communicative signals between individual brain cells. However, the mechanism for which this occurs is considered atypical. Therefore, trazodone is classified as an atypical antidepressant.

In addition, trazodone may sometimes be prescribed as an off-label medication option for bulimia, fibromyalgia, behavioral disorders associated with dementia, diabetic neuropathy, chronic pain disease, and even sexual dysfunction.

A Note About Trazodone for Opiate Withdrawal

Opiate addiction has generated a huge health crisis in the United States over the last several years. Anyone between 21 and 29 percent of people who are prescribed opioids misuse them and the instances of addiction are high. Withdrawal from opiates can bring about a long list of uncomfortable symptoms, including:

Even though it is not all that common for trazodone to be used to aid a patient during opiate withdrawal, there is potential that it could be somewhat effective. When studied on mice experiencing opioid withdrawal, trazodone was shown to be effective when combined with naloxone to reduce the intensity of the symptoms. In most cases, trazodone may be given to a patient experiencing opiate withdrawal in combination with other medications, but its primary function is meant to be for helping with restlessness or insomnia that can be associated.

The overuse or abuse of antidepressants has grown to be an increasing issue in the United States, and while rare, there can be instances of trazodone abuse. Misusing or abusing trazodone may mean:

According to the Journal of Clinical Psychiatry, trazodone may involve a lower abuse liability than other medications that are also commonly prescribed for depression, like benzodiazepine or classified hypnotics. Even though atypical antidepressants are not necessarily considered to be addictive, stopping treatment suddenly can induce withdrawal-like symptoms. Plus, individuals who are abusing trazodone may be more likely to experience some withdrawal effects, especially those who are using larger or more frequent doses than prescribed.

Abruptly stopping taking trazodone may lead to what is referred to medically as discontinuation syndrome. Trazodone withdrawal side effects may include:

Anyone coming off of trazodone should be tapered slowly off of the medication under the guidance of a physician. It is recommended that individuals taking trazodone have their doses slowly reduced over a period of several weeks or even several months.

Seeking professional guidance to stop taking trazodone is important. The abrupt discontinuation of the medication can lead to uncomfortable trazodone withdrawal side effects, and some of the symptoms could be severe. Reach out to a professional treatment center for help for trazodone abuse treatment.