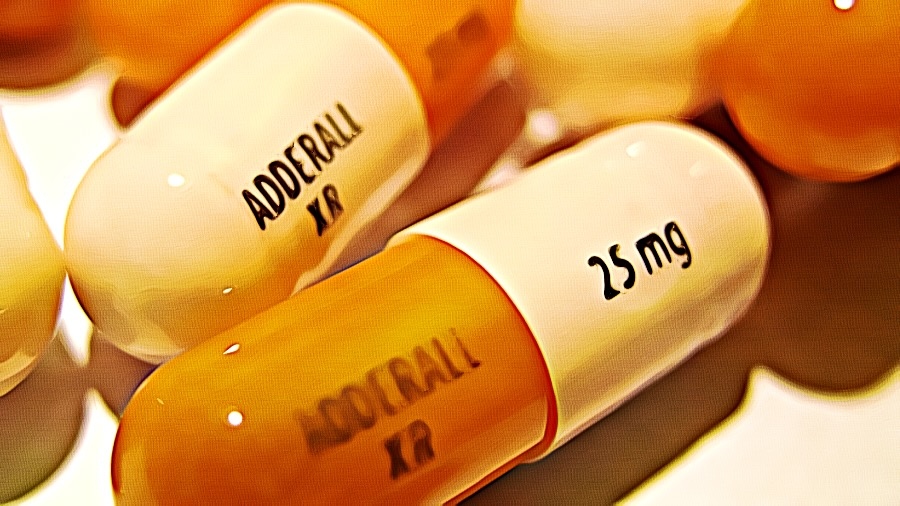 People can naturally develop a dependence on certain medicines, leading to substance abuse disorder. It’s even common to start an addiction from over the counter medicine or prescription medication. In fact, people tend to underestimate the potential dangers of prescribed medicine when misused. One common drug that people underestimate is Adderall.

Adderall is a prescription medication with a high potential for abuse, even though it’s commonly prescribed to patients nationwide. While it’s purchasable through drug stores, selling it without a prescription is a major crime. This is because its effects, when taken without a doctor’s instruction, can induce a high similar to the effect of the street drug methamphetamine.

Unfortunately, people can just get addicted to Adderall as much as they would methamphetamines. This is because these drugs build up drug tolerance, forcing their users to take heavier dosages to experience the same effects. Over time, the user’s physiology will be reliant on these substances. Read on to learn more about how Adderall and meth compare to each other’s side effects and impact.

How Are Meth and Adderall Different?

Meth is much more potent in its effects, which is also coupled with more severe side effects and withdrawal symptoms. This is because it contains another chemical group, methyl. Meth is produced illegally by separating different cutting agents and additives from starch, talc, sodium aminobenzoate through different instruments.

In terms of testing, meth can be detected as soon as three days after use through urine tests. In contrast, Adderall has a much longer lifespan within its user, detectable for as long as five days from use.

Street meth is also commonly mixed with other drugs, creating a more potent high without the therapeutic benefits that Adderall provides. However, it’s also common for drug peddlers to mix in different cutting agents with Adderall to make it more dangerous to ingest.

How Are Meth and Adderall Similar?

Although Adderall and meth vary in terms of their potency, the two drugs have surprising similarities. Both naturally have medicinal use as they are classified as Schedule II drugs. This comes with a warning from pharmaceutical companies that the use of both can potentially lead to severe mental and physical dependence.

Both drugs also affect the central nervous system, stimulating neurotransmitter levels and requiring recovery treatments to flush them out of a person’s system. Even a person taking Adderall for a valid medical condition may need to get drug addiction treatment due to this risk.

The side effects for Adderall and meth also overlap, leading to physical complications like increased blood pressure, headaches, and a constant feeling of fatigue. Additionally, a person can develop behavioral issues leading to depression, anxiety, insomnia, and other conditions.

Although these drugs naturally have the effect of boosting energy and improving focus, a “comedown” period also follows after these effects. Because of this, users are tempted to take more of the drug to maintain their high or use other drugs to dull their senses. This can lead to a dangerous combination of addictive substances in the body, creating hazardous combinations of short- and long-term side effects.

Adderall is a brand name prescription medicine used medically to treat patients with Attention Deficit Disorder (ADHD). As a Schedule II substance, it has short-acting and long-acting dosages for stimulating the nervous system. It does this by altering the brain’s chemistry and changes how it sends messages between brain cells.

A normal dosage of Adderall is taken in doses from 5 mg to 30 mg to help a person develop their sense of concentration. It can also allow a person with ADHD to have a better sense of control. While it’s considered a prescription drug, Adderall comes with many serious side effects. Taking Adderall can cause the following:

If taken outside its proper usage, a person can experience the side effects above and many more. However, the risks of the drug are sometimes overwhelmed by the potential practical and recreational benefits it provides.

People recreationally take Adderall without prescription to stay awake longer and help their mind focus, even if they don’t have ADHD. It’s a common drug peddled among college students in the US, primarily to help them get through heavy exam weeks. However, other students also use it recreationally for its euphoric high.

Unfortunately, taking Adderall outside a doctor’s prescription can lead to dangerous consequences. Besides its potential side effects, a higher frequency of taking the drug also leads to a greater risk of addiction. As the drug continues to alter a person’s brain, it can develop cravings that lead to severe withdrawal symptoms without the drug.

Methamphetamine, or shortened to meth, is a powerful stimulant with highly addictive properties. Although meth can be prescribed during extreme cases in a medical setting, it’s highly dangerous when used recreationally.

People dependent on this substance have different ways of ingesting the drug, from snorting, injecting or swallowing it. Since it causes a euphoric rush of positive sensations, a user can easily get addicted to it. Once the drug dependence sets in, a person will naturally develop a need to use more of the product to achieve the same high. Over time, the euphoric high can lead to neurological disorders and different heart problems.

How Dangerous is Meth?

Since it’s a synthetic drug, the composition of meth will vary depending on its independent manufacturer. Someone dependent on meth may develop positive feelings of alertness and euphoria through a release of dopamine. However, this reward comes with a dangerous cost.

A common sign of meth addiction is a noticeable degradation of a user’s oral health. This ”meth mouth” is a form of tooth decay and accumulation of gum disease. Additionally, continual use of the drug can lead to permanent damage to the heart and brain, increasing the risk of cardiovascular illnesses. This includes high blood pressure, heart attacks, and strokes. The damage to the brain can lead to recurring paranoia, hallucinations, mood disturbances, and other psychotic symptoms.

How to Spot Someone with Adderall or Meth Addiction?

It’s important to stay vigilant when people you know may have substance abuse disorder. In fact, it’s common for friends or relatives to notice these signs first before a user realizes their condition. It’s best to confront them about their health if they show signs of the following:

It’s important to be discreet about confronting these matters, especially since substance abuse disorders can come from other conditions. A person can be dependent on a substance for various reasons, whether a medical condition or a strained situation with their relationships. This is why it’s vital to be open and understanding while still being firm about offering them the help they need.

If you’re not comfortable coming out to your friends or relatives, you can still make the right choice by seeking professional healthcare services. By getting help from a rehabilitation facility, you can start your recovery journey toward getting better.

PrevPreviousLorazepam Half Life: How Long Does Ativan Last?
NextSymptoms of Being Roofied: Know the Signs When You’ve Been RoofiedNext
Menu
Copyright 2023 © American Drug Rehabs. All Rights Reserved.