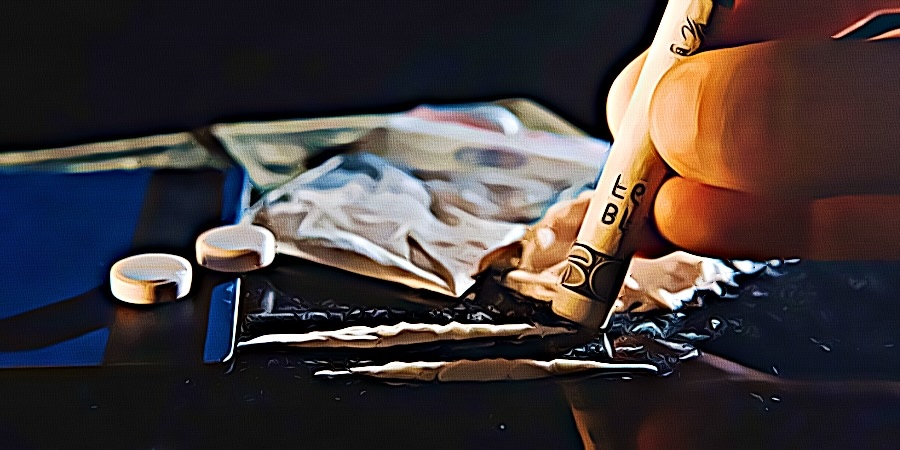 It’s no secret that drug abuse has been a societal plague since time immemorial. However, it’s not just the illegal drugs because some prescription drugs are also abused, even those that can be bought over the counter. One perfect example is Adderall, which can only be purchased with a prescription.

Adderall is used for the treatment of attention deficit hyperactivity disorder or ADHD. It’s a stimulant also used for off-label purposes such as weight loss and keeping people awake. The drug is taken orally, but substance abuse leads to people crushing and snorting it, which is a massive problem because it’s not meant to be consumed that way. When this happens, the effects of this drug are much stronger, and the risk of addiction is higher. For this reason, we’ll discuss why you should never snort Adderall.

What Happens When You Snort Adderall?

Ingesting Adderall can make you feel focused, but snorting Adderall can take that effect to the next level. Snorting this drug makes you feel like you can do anything. You will feel very energetic, and your thinking will be apparent. This is one of the reasons why individuals abuse the drug, but it’s not so good in the long term.

When you snort Adderall, the effects of the drug are more immediate. The cocaine content of the drug is not altered, but the effects are more intense. It’s like a double-whammy because you will also experience a feeling of euphoria and energy, which is the opposite of what you would feel when on cocaine. Even though this drug contains amphetamine salts and not cocaine, it can still produce the same kind of euphoria and high.

Here are some of the most common effects of snorting Adderall:

If snorting Adderall becomes a habit, here are some of the worst-case scenarios:

Snorting Adderall can also lead to addiction. Whether you’re someone who has ADHD or who wants to stay awake for a long time, you will quickly become reliant on the drug. You’ll need more of the drug to get the same effect. On the other hand, if you don’t take Adderall daily, you’ll be more likely to feel depressed and experience withdrawal symptoms.

It’s not just the physical addiction that can make you want to snort Adderall. Even if you don’t have ADHD and want to stay awake and focused, you need to be careful. Snorting Adderall can make you feel euphoric and full of energy, but it can also make you very anxious and irritable. It’s a dangerous feeling to experience when you’re not on a drug, and it’s even worse when you’re high on this medication.

Can Snorting Adderall Cause an Overdose?

Overdose on Adderall can happen if you take too much of the drug or if you take the drug for too long. When you snort Adderall, mixing it with other medications or drugs can also lead to overdose. The overdose can be lethal, so it’s vital to ensure that you never snort Adderall or Adderall XR.

If you snort Adderall, the effects of the drug will be much stronger. It won’t make you high, but the feelings of euphoria and heightened energy can be overwhelming. Overdose is more likely to happen if you take too much of the drug or take Adderall for a longer time.

It’s not just taking too much of the drug that can lead to overdose. When you combine Adderall with other drugs, such as cocaine, you risk overdosing. Cocaine can give you the same pleasurable effects that Adderall gives you, but Adderall combined with cocaine is a deadly combination. That’s because amphetamine and cocaine are both stimulants and have euphoric effects.

Even if you have ADHD, you may still be at risk of overdosing. If you take Adderall every day and get used to it, you may feel that you don’t need it to feel energetic and focused. If you don’t take the drug every day, you may experience an overdose of Adderall and develop an addiction.

Adderall is a combination of four different salts, including dextroamphetamine, amphetamine, dextroamphetamine saccharate, and amphetamine aspartate. Amphetamine is also prescribed to treat ADHD, but it’s part of a different medication called Adderall XR. While many people use both drugs and don’t get addicted to Adderall, the risk is present, and avoiding any form of abuse makes sense. Still, the drug is used by individuals with ADHD or who need to stay awake, and it’s a way to treat an authentic brain condition.

Perhaps one of the reasons why this drug is so abused is because it gives people energy and increases focus. Because it’s used for ADHD, people who don’t have the condition are more likely to snort it to get the effects of focus and stay awake. Drug abuse can lead to addiction in a very short time, and snorting Adderall is just asking for trouble.

Can Adderall Make You High?

The perception of the drug is different for everyone, but the drug’s effect depends on the dosage. When you overdose on this medication, you can experience some of the typical side effects because the drug can alter your mood and body temperature. At the same time, it can also cause confusion and even hallucinations. Even cocaine would not produce such effects. On the other hand, many people want positive results without the side effects, so snorting the drug makes sense to them.

The best way to treat an addiction to Adderall is to seek help at a rehab center and complete inpatient treatment. A rehab center can help you get back on your feet and help you plan a long-term recovery program. The effects of withdrawal can be very severe, so it’s best to get the help you need at a rehab center.

At a rehab center, you can get the help and treatment that you need. You’ll get therapy and medications to help you get back to your regular routine. Addiction can be severe if left untreated, so you need to avoid addictive substances, even if they are prescription medications.

It’s worth noting that you can’t go cold turkey because withdrawal effects are severe, and withdrawal symptoms are very unpleasant. Even if you don’t have ADHD, you may experience flu-like symptoms, such as sweating and fever. This is because Adderall is a stimulant and a dangerous drug to depend on.

Snorting Adderall is not the same as taking the drug orally. Even if you have ADHD and feel you need Adderall to perform on the job, you should never snort the drug. If you or a loved one senses an Adderall addiction, seek help immediately.

PrevPreviousUppers and Downers: Differences between Stimulants and Depressants
NextShrooms and Weed: What Happens When You Mix the TwoNext
Menu
Copyright 2023 © American Drug Rehabs. All Rights Reserved.